Micromax IN series should you buy it? – specification, Price, launching date, Opinion 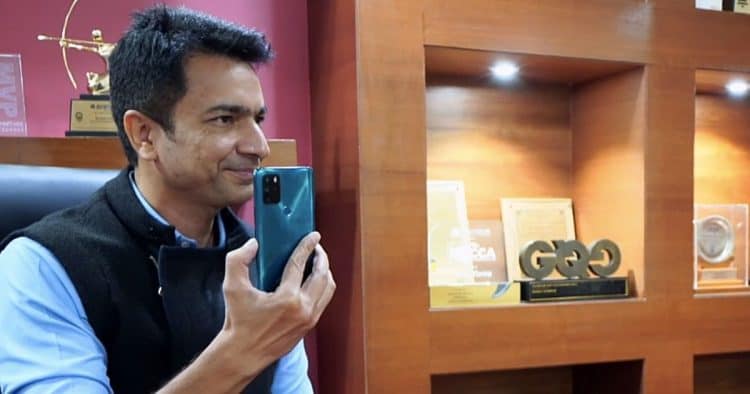 Micromax is now making a significant comeback from the Indian smartphone marketplace with new smartphones under an affordable budget.

Rahul Sharma, the co-founder of Micromax, had stated when Prime Minister Narendra Modi gave the clarion call to the Atmanirbhar Bharat, Micromax decided to react to that, and they are coming right back with a brand new smartphone ‘In”.

Rahul also has explained that the newest Micromax smartphone collection is aimed at Indian customers searching for affordability, functionality, and value for the money. And rather than highlighting the recently launched smartphones’ specifications and features, the launching video concentrated on the nation’s anti-China movement.

The smartphone comes with a 6.67-inch full-HD+ screen that accompanies a punch-hole camera around the very top. It matches a rear-mounted fingerprint scanner powered by MediaTek Helio G85 chipset for a superb gaming experience.

In-camera section, the handset comes with a quad back camera set up that houses a 48 MP principal detector plus a 5 MP wide-angle lens, a 2 MP macro lens, along with 2 MP thickness sensor. To get selfies, For selfies, it has a 16 MP front camera. It includes a 5,000 mAh battery, which supports 10W rapid charging with reverse charging support.

Micromax’s IN 1b smartphone is going to be a low-cost version with two variations beginning at Rs. 6,999 for both 2GB RAM along with 32GB storage. The 6.52 inches HD screen is going to be powered with a MediaTek Helio G35 chip.

Micromax In 1b includes a double rear camera set that contains a 13 MP main sensor and a two MP thickness detector. It matches an 8 MP front camera to get selfies. It includes a 5,000 mAh battery, which supports 10W rapid charging with reverse charging support.

The very best version of this cellphone will probably have 4GB RAM along with 64GB storage and is priced in Rs. 7,999.

Opinion about the phone

We know as analysts, this (anti-China) is a temporary sort of movement. For the user, it’s all about worth. He sees the company which is providing the value. They (Micromax) need to match (Chinese) concerning product portfolio, at the specification versus cost, concerning investment, advertising, retail advertising. If they can do this, they will lead the market; otherwise, they fizzle out.

Amazon Has Established its Own Online Grocery Named “Amazon Fresh”

Amazon Has Established its Own Online Grocery Named "Amazon Fresh"