by Manisha Gurnani
in Startup Stories
2 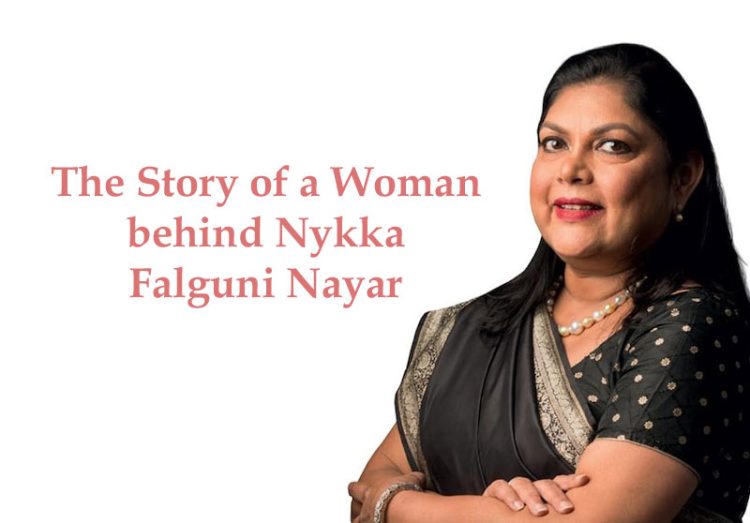 Falguni Nayar, the founder of India’s largest beauty e-commerce platform, is now on the list of hurun global rich list 2022. The founder has been on the list because of the success of Naykaa’s IPO. Falguni Nayar, who owns half of the shares of the cosmetic brand, Nykaa, started at the age of 50. Falguni nayar was born on 19 february 1963. She married in the year 1987 with Mr. Sanjay Nayar. She is an alumnus of IIM, Ahmedabad.

A startup founder, falguni Nayar, working with Kotak Mahindra bank since the year 1993 and in the year 2012, she was appointed as managing director in 2005. She exited the bank in the year 2012. The brand namely Nykaa was founded in April 2012 with just $2 million. Nykaa successfully got listed on BSE AND NSE on 10th November 2021. 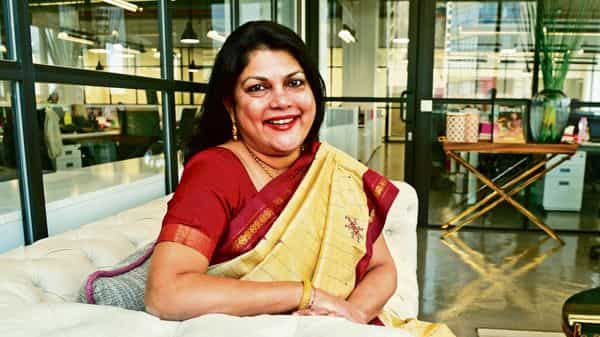 Mrs. Falguni Nayar has told in many interviews that she was very happy while working in Kotak Mahindra bank and quitting the job to start something on her own was a tough decision for her. She was sure that she wanted to start entrepreneurship before she turns 50 and when her children left to study in the US, she got the time to invest in her entrepreneurial journey. An Indian Startup, Nykka Owner, Falguni Nayar has said in the interview that technology was the barrier in the initial days of the journey of the business of cosmetics brand.

For over two years, the company was just funded by Mrs. Falguni Nayar and her husband, Mr. Sanjay Nayar. An Indian Entrepreneur, Falguni Nayar, has been working to build a brand named Nykaa since 2012. The headquarters of the company are in Mumbai, Maharashtra. It was the first Indian Unicorn Startup headed by a woman in the year 2020. Nykaa, which means ‘One in the spotlight’ is selling more than 4000 brands online and that too in more than 100 stores.
In the year, 2020 the company launched ‘Nykaa Man’, which is India’s first multi-brand e-commerce store for men’s grooming, and also launched the premium membership program, Nykaa PRO.

Nykaa helps socially and financially for the causes such as education, Health, Rural Development, and disaster management.

Recently, Nykaa appointed Vishal Gupta, who is an alumnus of IIT Delhi and IIM Bengaluru, to lead the beauty retailer’s private labels business across colored cosmetics as well as skincare. Before joining Nykaa, he worked across businesses and brands in India. Vishal Gupta has given the official statement, ‘I am excited to join Nykaa to help build its dynamic portfolio of consumer beauty brands that have become iconic in the Indian beauty ecosystem’ in the interview.

Nykaa has acquired full shares of Iluminar Media, the parent company of digital content platform Little Black Book (LBB) in an all-cash deal. LBB was started in the year 2015 by suchita salwan and Dhruv Mathur.

Adwaita Nayar, who is the daughter of Falguni Nayar, is the current CEO of Nykaa and also is the co-founder of Nykaa. After working for a year in a management consultancy firm in New York, Bain & Company, She returned to India to follow her mother and head Nykaa, India’s largest Beauty E-Commerce Platform. Adwaita Nayar is married to Anubhav Gupta.

Anchit Nayar said in the Interview that They were a family of Four and Nykaa was the Fifth member. Anchit is the CEO of the Brand, Nykaa. FSN E-Commerce Ventures LTD, which is the parent company of Nykaa, is in the selling and distribution of beauty products, fashion accessories, and equipment, etc through online portals.

Types of Retail Stores of Nykaa

Nykaa operates three types of retail stores namely Nykaa Luxe, Nykaa OnTrend, and Nykaa Kiosk. Each one of them has different specialized products and luxuries to offer to the consumers.

This is not the complete information about Indian Entrepreneur, Falguni Nayar, but all the important information has been provided for the people to read.