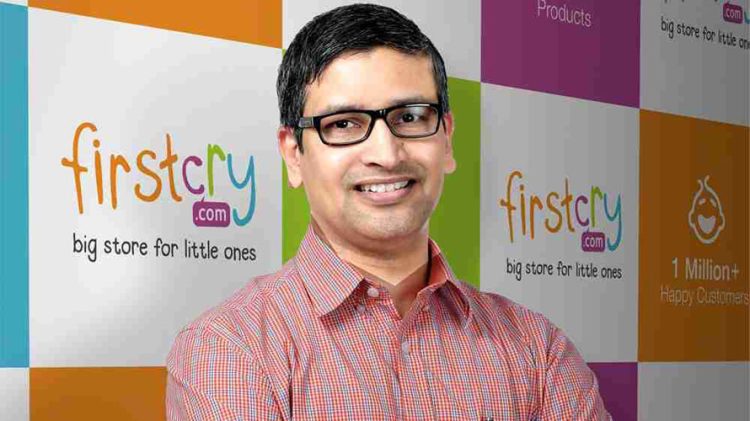 Supam Maheshwari, who is the founder and CEO of Xpressbees Logistics and Firstcry, was born in the year 1974. He has studied at IIM, Ahmedabad.

Supam Maheshwari has done schooling at Apeejay School. He graduated in mechanical engineering from Delhi College of Engineering in the year 1995. In the year 1997, He completed his post-graduate degree from IIM Ahmedabad. 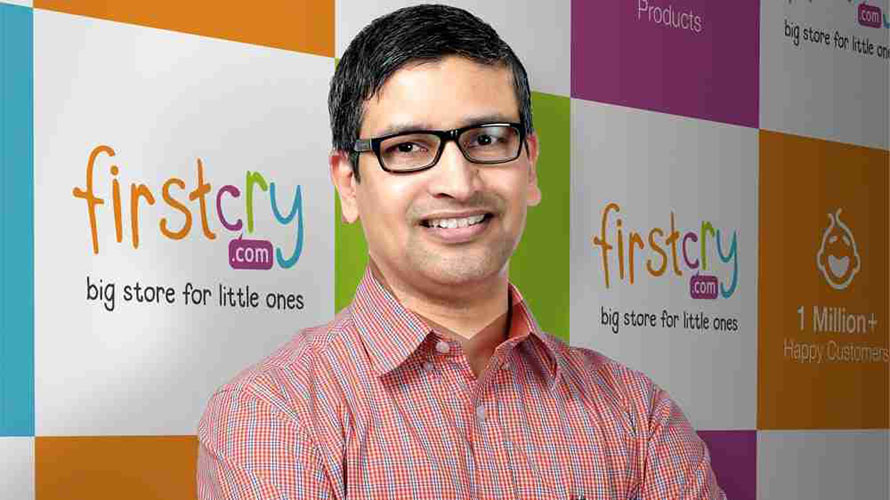 After completing his education, supam chased his dream of becoming an entrepreneur. In the year 2000, He along with his colleague namely Amitava Saha launched the project on which he was working after his studies namely Brainvisa Technologies. Supam served as the co-founder and CEO of this company till 2009. It was an e-learning startup. The company raised Rs. 3 Crore from Infinity ventures.

In August 2010, Supam co-founded the company named First CRy. He is still the CEO and Co-Founder of this company.

Barinvisa Technologies, an E-learning Startup which was started in March 2000, was started along with his colleague Amitava Saha. This company was started just as a customer-facing online test play. It started with the primary goal of gaining the trust of the customers. Supam Maheshwari was the CEO of the company till 2007. In the year 2007, Indecomm Global, a US Based Group, acquired the company for $25 million.

You would think about how Firstcry came into the mind of Supam Maheshwari. While he was working at Brainvisa, he use to travel a lot abroad and while traveling abroad he use to carry a lot of stuff for her baby girl from India. And this made him realize that there is a high requirement for baby product brands and their delivery is also less in India. He started Firstcry in August 2010.

In 2013, Firstcry received the award ‘Most Popular Online Site’  in the Child Awards, which were held in Delhi. In the quest to find quality Babycare products and also a variety of products, Supan has built a successful brand named Firstcry. The company has its physical presence in cities like Dehradun, Bhilai, Haridwar, Bharuch, etc. The company also has a website and a mobile application from which customers can buy the products from.

Firstcry has acquired Oi Playschool, a pre-school chain, and has also acquired Baby Oye for Rs. 362 crores. The company has launched Baby Hug, a private apparel Brand, and Cute Walk, a Footwear Brand. Firstcry gifts a Firstcry Box to the new moms as a congratulatory Token. Firstcry has tied up with 6000 hospitals across the country.

Firstcry has a high number of Stock Keeping Units. Every Item in the Firstcry arrives from the authorized store and is safe at the warehouse of Firstcry.

Supam Maheshwari launched the logistics company so that he can fulfill the orders of his own company. The company named Xpressbees, which is now run by Amitava Saha, has raised Rs. 85 Crore after encircling it from FirstCry funding. The company has reached a valuation of  $1.2 billion and has become a Unicorn Startup.

Brainbees Solutions Pvt Limited was started in May 2010 and was headquartered in Pune, Maharashtra. The company was selling Babycare Products with the idea of reducing the problem of babycare products in India and through this, Firstcry was launched. Brainbees Solutions is a non-govt company.

Supam Maheshwari stays in Pune with his wife and a daughter. He is a voracious reader and likes to play squash.

Supam Maheshwari is a first-generation entrepreneur. Every entrepreneur has their own thinking and style to work. Supam is considered a hard taskmaster. He has never worked in a corporate environment before starting a venture. His venture, Firstcry has become the largest online shopping portal for kids and expecting moms in Asia. Firstcry has more than 70,000 items to choose and that too from 70 International and Indian Brands like Mattel, Ben10, Pigeon, Funskool, Hotwheels, Nuby, etc.

According to Supam Maheshwari, Babycare Industry is still a niche market and is an unorganized sector for which he is working towards maintaining the market good for parents. The company has provided a 32-inch touch screen kiosk at almost all the stores of Firstcry through which a parent can order them selves any product which is not available at the store at that moment but is available online for them to buy.