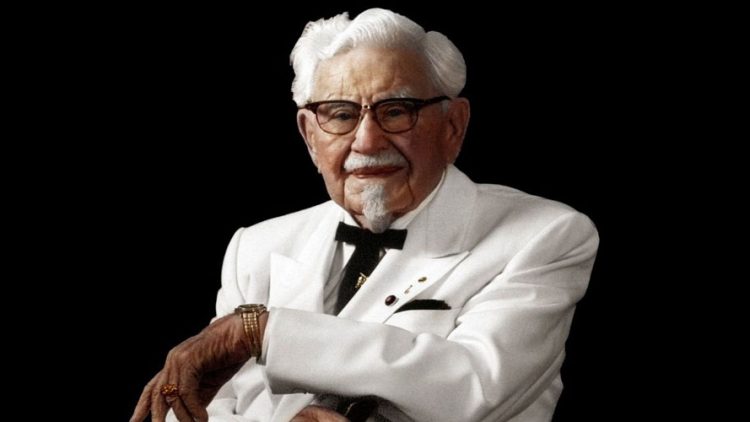 Known for Spicy, Juicy fried Chicken and burgers, let’s unreveal the secrets of how KFC became the most famous brand for Chicken among youngsters and the struggle the Colonel did to help reach  KFC  where it is today.

Whether you are a kid, teen, adult, or old, you must have visited KFC. So let us take you on to the journey of the person behind the logo and tell how KFC made its place amidst Pizza Hut and Burger King. 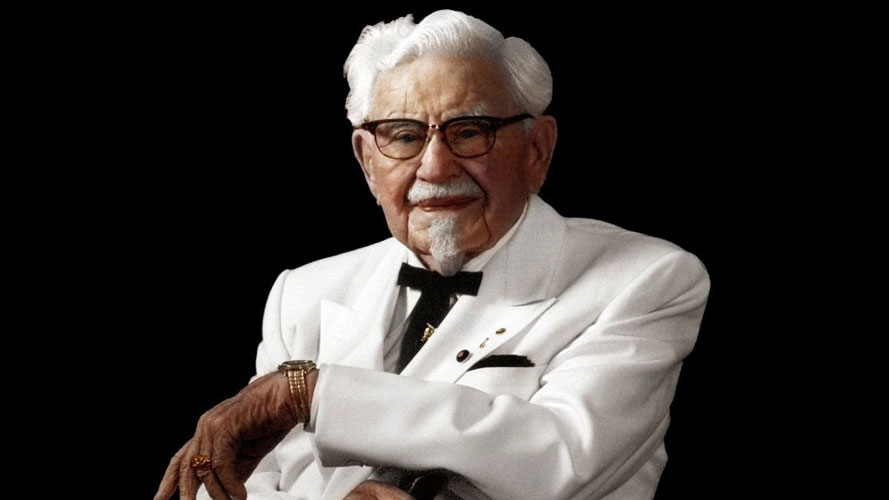 The Past of Colonel Sanders

Harland David Sanders’ childhood was filled with struggle, being born on September 9, 1890, in Henryville, Indiana.  He witnessed the death of his father at the young age of 6, Sanders took responsibility for his younger brother and sister.  With loads of burden on his back, he took jobs, from the farmer, streetcar conductor, and railroad fireman to insurance salesman.

At the adult age of 40, Sanders initiated a  service station in Kentucky, which provided meals to hungry travelers. This inspired him to open restaurants that featured a fried chicken so popular and lip-smacking that he was given the title of a Kentucky colonel in 1935 by Governor Ruby Laffoon.

The Popularisation  of Kentucky Fried Chicken(KFC)

In 1952, Sanders, after seeing the popularity of Kentucky Fried Chicken (KFC), started its franchise. He got sales from  Pete Harman, who owned a restaurant in Salt Lake City where KFC had a Southern regional specialty. From there he moved to  North Carolina and built his own restaurant in 1955.

Then he continued in the same pattern and made huge deals every chicken was the cost a nickel, and finally in 1974, he priced more than  600 outlets for $2million for investors.

In 1966, The Kentucky Fried Chicken (KFC)was opened to the public and got a place on the New New York Stock Exchange in 1969. After that, there was no looking back and it functioned globally with the chain of 3,500 restaurants under the ownership of Heublein Inc. which owned KFC Corporation in 1971 for $285 million, which later became a subsidiary of R.J. Reynolds Industries, Inc.

His passion For Cooking

Sander’s will, hard work, and passion for cooking made him truly deserving to be the face of KFC. Not only did he travel 200,000 miles to build the empire but he also would personally visit his restaurants and taste the gravy.All the gravy and 11 spices were self-made by him and he never compromised with the quality and taste.

During 1973,  he filed a lawsuit against the parent company Heublein Inc.,for the degradation in the quality of and selling additional dishes which he never made.

After the issue with  Heublein Inc. He and his wife took matters in their own hand and reopened the franchise and served the authentic chicken.

They renamed the restaurant Claudia Sanders, The Colonel’s Lady.  Unfortunately, the couple got sued for it . They reached for a settlement and later sold the restaurants which are functioning currently. These restaurants only use real recipes of the Colonel.

The colonel was seen in many TV ads . He also appeared in  DC comics and WWE  commercials which pay tribute to him.

Colonel Sanders was an inspiring figure as he donated to various causes like Mississauga hospital which has a wing in memory of him they have called Colonel Harland Sanders Family Care Centre.

From doing meager jobs getting fired and rejected by investors to surviving the great depression and traveling 200,000 miles he has faced all the and learned from his mistakes that is why he is still the face of KFC and an inspiration for all and people still remember him today for his work and legacy.