by SI Teams
in Profile
1 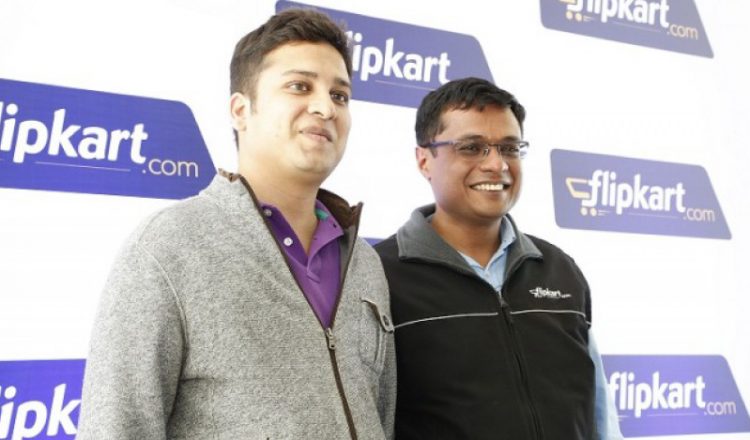 Binny Bansal, the man and his brand “Flipkart,” are well-known to every aspiring Indian entrepreneur today. He is the co-founder of the shopping platform “Flipkart,” which is based in Chandigarh, the capital city of Punjab, India. He is a 36-year-old Indian billionaire Internet entrepreneur who served as the company’s chief operating officer until 11 January 2016, when he was promoted to chief executive officer (CEO).

He earned a degree in computer science and engineering from the Indian Institute of Technology in Delhi. Binny Bansal and the co-founder of Flipkart, Sachin Bansal (not related), were both computer science engineering students at the same institute in India’s capital. Bansal is currently based in Bangalore. Bansal’s family includes his father, a retired bank chief executive, and his mother, who works for the government.

Building a Career and a Passion

Binny’s career path has been an interesting one, leading to the formation of the company. Binny began his career at Sarnoff Corporation, where he created a lane sensor device for cars that would warn you and beep automatically if you changed lanes without signaling.

Bansal was turned down by the corporate behemoth Google and began working at Amazon as the next best option. However, after nine months of working at Amazon, he had the idea to start something new that would motivate him, and this is how the foundation of Flipkart was laid. While Binny and Sanjay considered starting a comparison search engine, they quickly realized that the market for E-commerce in India was extremely small. After leaving Amazon in 2007, they recognized the market’s potential and began developing Flipkart as an e-commerce company.

Initially, the company concentrated on online book sales with nationwide delivery. Flipkart gradually grew in popularity after its launch; by 2008, it was receiving 100 orders per day. Years after years, the brand grew significantly. The entrepreneurs initially spent INR 4,00,000 (US$ 5,800) developing the site. It also received funding from venture capital funds Accel India for $1 million in 2009 and Tiger Global for $10 million in 2010.

On 24 August 2012, the brand announced the completion of its fourth round of US$150 million funding from MIH (part of Naspers Group) and ICONIQ Capital, and on 10 July 2013, it announced that it had raised an additional US$200 million from existing investors including Tiger Global, Naspers, Accel Partners, and Iconiq Capital.

On October 6, 2014, the company celebrated its anniversary and the Diwali (a Hindu festival) season by holding a major sale across the service dubbed “Big Billion Day.” The event proved to be a critical factor in driving traffic to the website, which sold $100 million in goods in 10 hours.

Binny was appointed CEO and began working on strategic development, direction, and business management. After handing over the CEO responsibilities of Flipkart to Kalyan Krishnamurthy in 2017, he assumed the role of CEO of Flipkart Group. Binny assumed the role of chairman and continued to serve as Group CEO in 2018, following Walmart’s $16 billion acquisition of a 77 percent stake in Flipkart. The transaction made headlines as the world’s largest e-commerce transaction. After the acquisition, Bansal’s 5.5 percent stake in Flipkart was valued at $1 billion.

Along with being an inspiration to many entrepreneurs, the visionary has been recognized by various organizations, including The Economic Times, a leading Indian economic daily newspaper, as Entrepreneur of the Year 2012–2013.

Both entrepreneurs debuted at the 86th position on Forbes India Rich List in September 2015, with a net worth of $1.3 billion each. Sachin and Binny Bansal were named to Time magazine’s list of the 100 Most Influential People in April 2016.

How to choose right wedding photographer in Gorakhpur