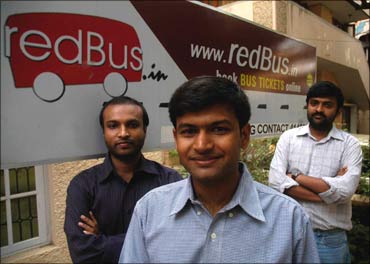 Many people find a solution to overcome their problems, which not only prove beneficial for them but help others and make them super-rich. If we talk about successful startup companies in Bangalore, RedBus is quite a familiar name. With almost 600+ employees and headquarters in Bangalore, Redbus has emerged as the most successful startup for online travel booking for buses. 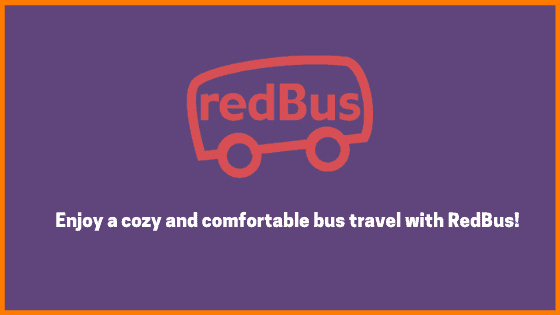 A boy who had a small problem resolved it in such a way that it not only benefited people but also earned millions from him. We are talking about Phanindra Sharma, who has studied in BITS Pilani, started RedBus.in with his two colleagues named Sudhakar Pasupunuri and Charan Padmaraju. 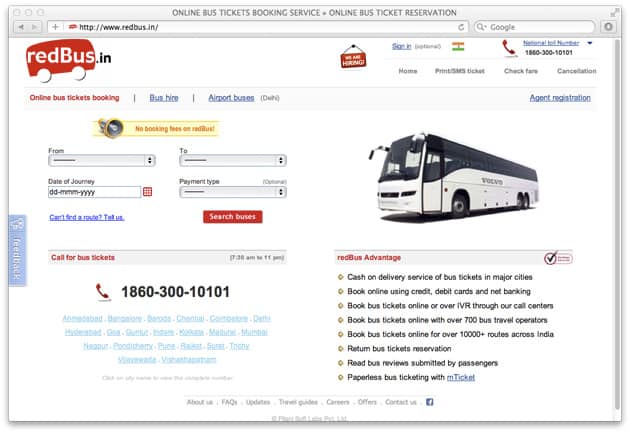 Phanindra did not have the mind to be an entrepreneur and do such work beforehand and was quite happy with his job as an electronic engineer. But once in 2005, he had to go to Hyderabad during Diwali vacation, and he could not find the bus due to the crowd at the bus station. During that time, he tried hard to get a bus, but he could not go home.

He then talked to the bus agent about this problem, and it came to light that people are not able to get in touch with the agents, which causes them trouble. After that, Phanindra, along with his colleagues, planned to create a platform that would give information about all the agents at one single platform and the user could book tickets by comparing bus fares and can even select the seat of his own choice. Now his startup idea has become quite successful, and he is earning well from it.

Today, Red BusOnline is providing platforms for booking buses and hotels. It began with a bus operator in 2006, and now it has 700 bus operators, and about 10 thousand buses are serving, and more than 5000 tickets get booked every day.

Read More: Success Story of Fluper, One Of The Leaders in Mobile App Development

Today Redbus has given ticket booking on more than 4500 routes in different cities of India. Moreover, currently, RedBus offers its facility in countries like Latin America, Malaysia, Indonesia, Singapore, Peru, and Colombia besides India. The company has a 70% stake in the Indian online bus ticketing segment and is giving a tough time to its rivals like MMT, GoIbibo. Customers can book tickets at their convenience, and the service of RedBus is so fast that the user can book the Bus ticket in 2 minutes from his phone and can leave for a comfortable journey. RedBus was named a Top 5 startup company in 2010 by Forbes magazine.